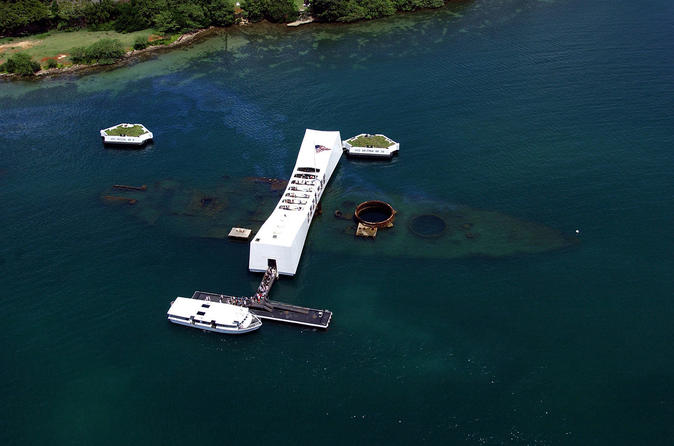 Visit the Arizona Memorial and the USS Bowfin Submarine in this private Pearl Harbor tour.

The Arizona Memorial is the final resting place of 1,177 Sailors and Marines killed during the attack at Pearl Harbor.  The surprise attack by Japanese forces on December 7, 1941 secured the United States involvement in World War II.  The memorial is a stark reminder of the sacrifices made by the men and women of our armed forces to protect our freedom and our way of life.

The USS Bowfin Submarine was commissioned in 1942 and served 9 patrols in the Pacific before being decommissioned, transferred and transformed into a museum in 1979.   The USS Bowfin is known as the "Pearl Harbor Avenger," and is one of only 15 remaining submarines from WWII.   The Bowfin sunk 44 enemy ships during WWII including a bus.   You will be able to walk through the submarine and see what life was like for 80 crew members and their officers.

Visit the Arizona Memorial and the USS Bowfin Submarine in this private Pearl Harbor tour.